The fitness industry has been booming in recent years, as more and more consumers are investing in their health. That is great news for both gym owners, and coaches who are entering the industry or looking to increase their salary at their current gym of employment, or looking to move into a new gym that offers better compensation. This guide will break down what to expect as a fitness professional in 2023 and beyond. 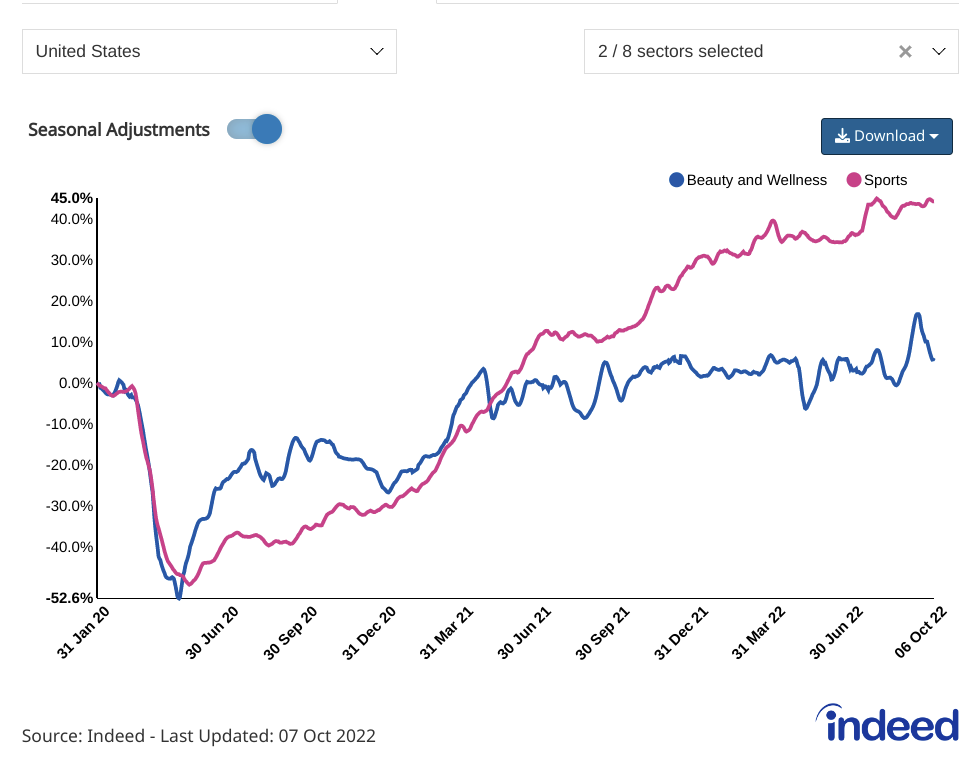 The fitness industry has been booming in recent years, as more and more consumers are investing in their health. That is great news for both gym owners, and coaches who are entering the industry or looking to increase their salary at their current gym of employment, or looking to move into a new gym who offers better compensation.

According to the U.S. Bureau of Labor Statistics, employment of fitness trainers and instructors is projected to grow 19 percent from 2021 to 2031, much faster than the average for all occupations.

About 65,500 openings for fitness trainers and instructors are projected each year, on average, over the decade. Many of those openings are expected to result from the need to replace workers who transfer to different occupations or exit the labor force, such as to retire.

Employment of fitness trainers and instructors is projected to grow 19 percent from 2021 to 2031, much faster than the average for all occupations.

About 65,500 openings for fitness trainers and instructors are projected each year, on average, over the decade. Many of those openings are expected to result from the need to replace workers who transfer to different occupations or exit the labor force, such as to retire.

The "best time" for hiring is subjective. The most successful gyms are always hiring and/or on the lookout for the most highly qualified candidates. The term used by the successful businesses is "Always Be Sourcing". Even if you are not in need of a coach at any exact moment, having an active job listing on GymJobs.com means that whenever the perfect coach for your community, or a coach who can increase your revenue is available, you will be the first employer they contact instead of the coach ending up working at a competing facility. To not be always sourcing could directly mean that your competitors revenue may go up because they are forward-thinking and positioned themselves to have the capability to always be attracting the best candidates in their area and beyond.

As a gym owner, you are less likely to receive unconsolidated offers by a coach if you do not have a consistently running job post.

The months of October, November and December are when the least amount of coaches are actively looking for work outside of their current gym. The reason for that is less coaches want to risk starting a job hunt during the holidays. Most employers will not fire or remove someone during the holidays or approaching holiday months either, which also slows down the job market during those months. Firing or removing an employee or coach during or just before holidays can give the employer an unfavorable reputation in their community, so it is avoided. If you are a gym owner considering firing an employee during the months of October to December, you should consider reading some articles on how it can effect your business.

Month to Month Job Outlook for the Fitness Industry

Hiring tends to follow a seasonal ebb and flow that is consistent and predictable. There are some exceptions by industry, but generally, these are the months you will have the greatest success in your job hunt.

Following the holiday season, gym owners and hiring managers are returning to work ready to fill open positions. The first few weeks of January are generally still slow as people return from vacation, but positions are often posted during this month. Coaches should anticipate submitting applications during January but not hearing back from hiring managers until later. However, for gym owners, this can be the month for the most growth. It is in the gym owners best interest to post jobs before January, so when they need coaches they have them in the hiring pipeline already and they're ready to go.

February is a peak hiring time for gyms. Jobs are posted in January and gym owners often begin interviewing top candidates in February. The hiring process may be slow because companies have the time and resources to select the best candidate for the position. February is the month to put the most effort into your application and to communicate with gyms you are interested in working for.

March functions much like February in the hiring process. There are usually still open positions from the start of the year and hiring managers are interested in putting the best people into those roles.

April is often when hiring managers begin to feel a bit more urgency in the hiring process. If they have not yet been able to fill a position posted at the start of the year, they will begin working harder and faster to find a qualified candidate. April is a great time to make follow-up calls or put in new applications for jobs that have been open for a while.

May is when most colleges and universities hold graduation. This makes May a top hiring month for companies interested in acquiring the best new talent straight out of school. If you are already a member of the workforce looking for a new position, you can use this prime hiring time to your advantage before the slow hiring months of summer arrive. This is also when most new Strength and Conditioning coaches graduate. If you are considering hiring a new coach, consider leaving "CrossFit Certified" off of the job post and replace the term with "Strength and Conditioning". If you are a CrossFit gym and post a job on GymJobs.com, CrossFit coaches will find it no matter what the job title is. However, if you label your jobs as a Strength and Conditioning Coach, not only will CrossFit coaches find it, but so will S&C coaches who are highly educated and can easily get a CrossFit L1.

After a strong hiring season in the first half of the year, June is when job seekers may begin to see fewer opportunities. Often, budgets are tight at this time of year as companies adjust spending going into the third fiscal quarter.

July is traditionally a slow hiring month for gyms. Many owners, coaches and gym members take vacations during July, so hiring may be put on hold while key decision-makers are out of the office and class attendance is lower. The third fiscal quarter also begins this month, so companies might wait to make new hires until they see how their finances are projected to look for the second half of the year.

August can be a turning point for some hiring managers. Like January, some companies may begin posting jobs toward the end of August, but interviews and hiring decisions are rarely done during August. Many people are still on vacation during this month which can stall the hiring process.‍

September is a time of renewed vigor for hiring managers. Following the summer months full of vacations and slow hiring, companies are eager to fill open positions before the end of the year. Some companies may be facing vacancies from early-season hires who left the company after only a few months on the job.

October is an urgent hiring time, but it starts winding down. Traditional businesses want to fill open positions before the holiday season begins and before key employees in the hiring process are on vacation. Additionally, this is the last opportunity hiring managers have to fill positions before the new year. This is also when a gym owner becomes less likely to fire an employee due to the upcoming holiday season. But, if you are a coach who thinks you may be removed from your position, this is also the time of year to actively work on increasing your value as an employee so you can keep your position come January.

After the fall hiring frenzy, November is when companies demonstrate a stall in hiring. Often, positions have already been filled during fall hiring and companies are slower to make any hires before the holiday season. For gyms, this is the time of year when attendance often starts to drop due to members traveling and having family obligations.

December is traditionally the worst month for hiring. Traditional companies want to wait until they have their budgets for the new year to make hiring decisions. Additionally, the holiday season usually takes people out of the office, which impacts decision-making. Many companies freeze hiring during December and wait until the new year to make employment decisions. However, for fitness gyms it should be the opposite. As a gym owner, you can expect a spike in memberships in January. If you do not have the coaches on hand to handle the increase in members, December is the best time to post a job and start bringing on new coaches for early January. 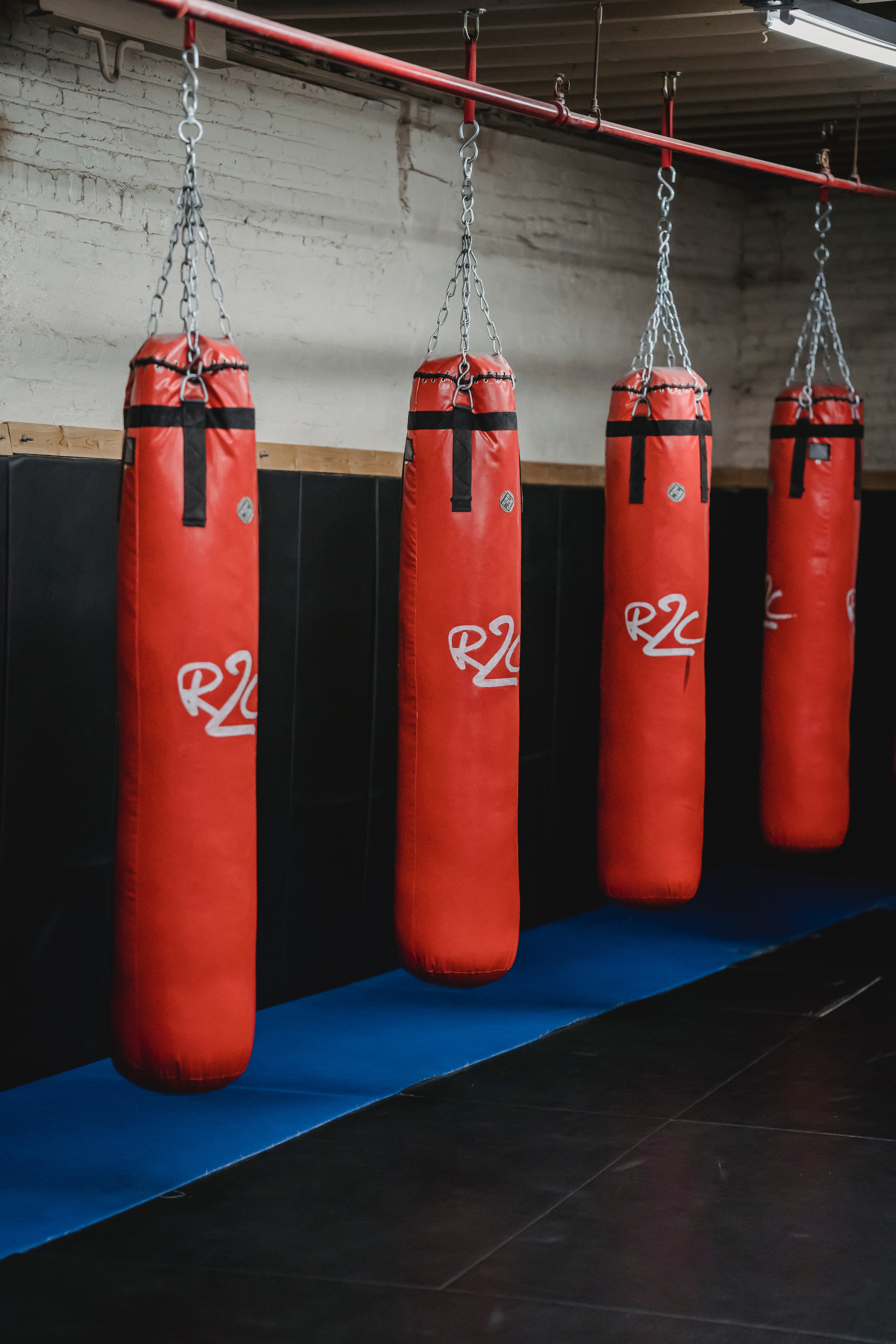 The best hiring strategy for your Brazilian jiujitsu gym is to be attracting the top BJJ coaches BEFORE you need them. When you’re always sourcing coaches, you are guaranteed to be able to fill a role with someone qualified and ready to be an asset to your BJJ gym. This guide, updated for 2023, will show you how to keep a full staff. 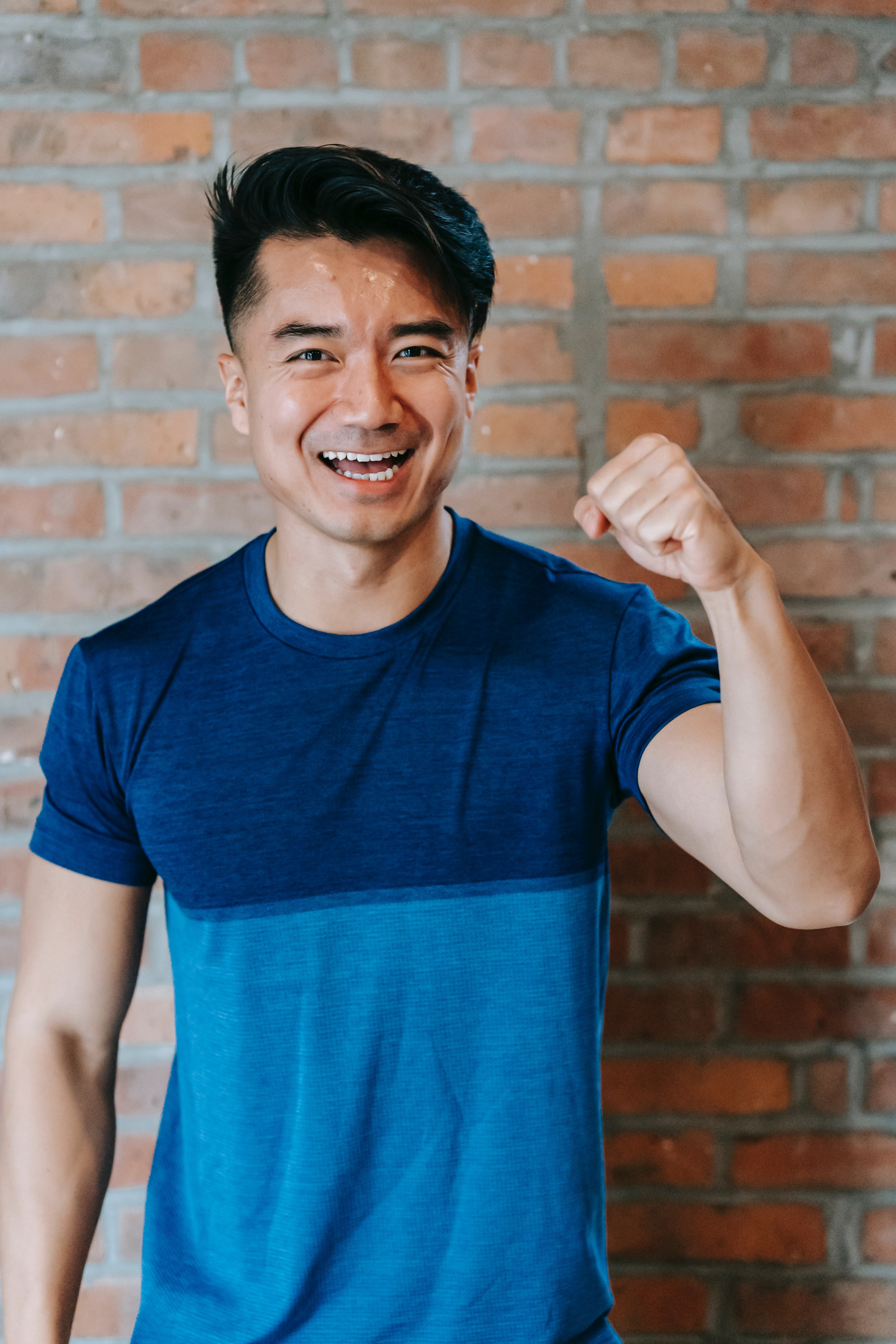 How smart gym owners always have a full staff in 2023

As a gym owner, it is crucial always to be recruiting new coaches. This is the best way to ensure that your gym will continue growing and improving. Coaches are essential for providing quality training and support for your members. They are also an essential part of your branding and marketing efforts. If you are not currently recruiting new coaches, now is the time to start! This blog post, updated for 2023, will discuss the benefits of recruiting new coaches and provide some tips for doing so successfully. 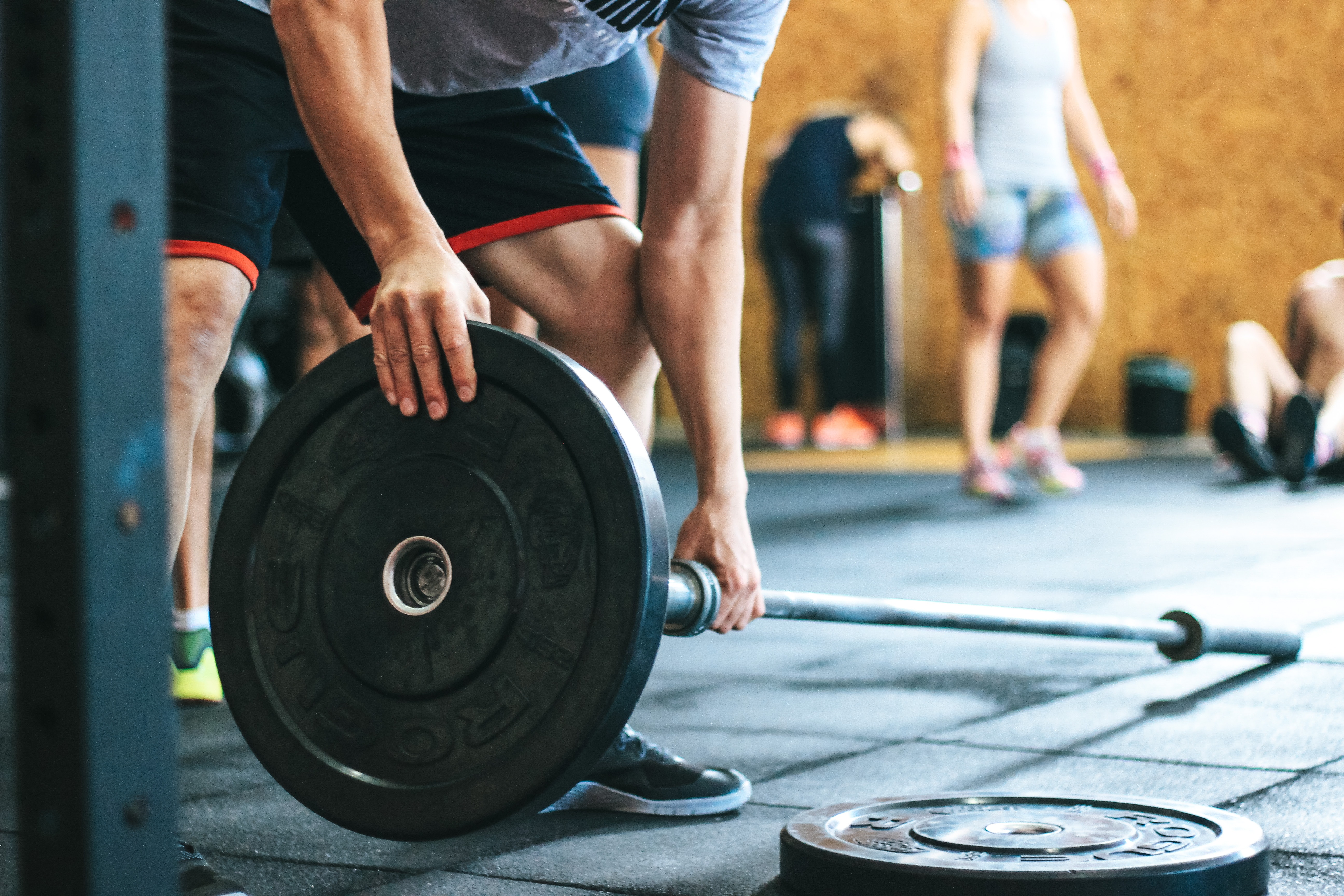 It is 2023, and the fitness and CrossFit industry has greatly changed in the last ten years. With more and more gyms opening, there are more opportunities than ever for fitness coaches to find their dream job. Here are some tips on how to search for a fitness job in 2023:

Find your next
great opportunity!

Join our newsletter and receive the best job openings every week on your inbox.

Thank you for subscribing to our newsletter!
Oops! Something went wrong.
Join 30,000+ users already on the newsletter!